Share a memory
Obituary & Services
Tribute Wall
Read more about the life story of Ezellia and share your memory.

I have fought a good fight, I have finished my course, I have kept the faith:  Henceforth there is laid up for me a crown of righteousness, which the Lord, the righteous judge, shall give me at that day: and not to me only, but unto all them also that love his appearing.  2 Timothy 4:7-8

Ezellia West passed away on January 10, 2023 after several months of illness.

On January 10th our family sadly lost a generous, loving and supportive wife, mother, grandmother, great grandmother, sister, aunt, and very dear friend to many.  Ezellia West came to know Christ at an early age and united with Macedonia Baptist Church.  She had a personal relation with our Lord and though we grieve the lost deeply we know that she is following the path God laid for her and we resolve that she has left this place for her heavenly mansion.

In 1959 she married Felix West, Jr.  Their union led to three beautiful children, six grandchildren and four great grandchildren.  As a military wife she traveled with Felix on three tours of duty to Germany.  On their first tour a store owner asked if they could post a picture of her in the store window because she looked like a model, she was very flattered  and allowed them to post the picture. She learned to speak conversational german and she embraced the opportunity to help with children so she became a teaching assistant during their three tours abroad. Once back in the states she again became a teaching assistant at Geronimo Road Schools Ft. Sill OK until moving off the military base to the Lawton area where she worked for Haggar’s Slacks Factory for 10 years.  Ezellia took some classes at Great Plains Vo-tech and Cameron University in pursuit of a degree. She became a Manager at Flood Auto transport, Ft. Sill,OK.

She served as an usher for more than 20 years and during that time she served as Usher Board President for approximately 10 of those years.  She served in the women’s mission, Lima and as a dedicated member of New Zion Missionary Baptist Church.   She was well-known by the congregation for her world famous “chocolate cake” that she made for the various church  gatherings, if you knew about her chocolate cake you would try to get a slice before the food or you might miss your opportunity.  She was a great cook and made a mean batch of chocolate chip and oatmeal raisin cookies every fall. She loved cooking, gardening and bowling and fishing.

To send flowers to the family or plant a tree in memory of Ezellia (Carter) West, please visit our floral store. 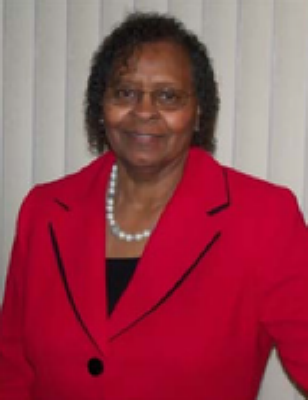